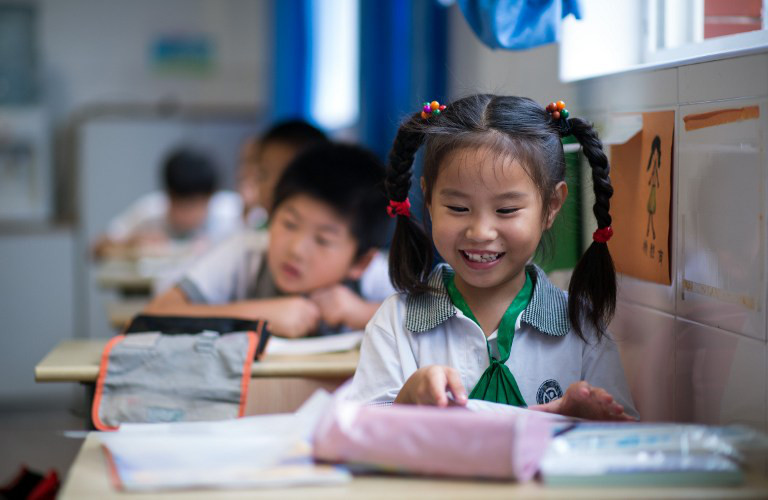 Earlier this month, I welcomed 68 secondary mathematics teachers from Shanghai to England. They had just touched down to spend three weeks teaching in our secondary schools. Now in its second year, the Shanghai-England teacher exchange is one of the most valuable education initiatives undertaken by our government over the past few years.

Why are we so keen to learn about Shanghai mathematics teaching? Because Shanghai, a city of 24 million people, tops the Organisation for Economic Co-operation and Development’s (OECD) international league table for maths achievement, and by a considerable margin. (China does not participate as a country but is represented by Shanghai and Hong Kong). At the age of 15, Shanghai pupils are studying work equivalent to the second year of A-level, while our pupils are still studying for their GCSE. What’s more, the children of the poorest 30% of Shanghai’s population are outstripping at mathematics the children of our wealthiest 10% in England. Clearly, Shanghai teachers are doing something right.

There are many who try to attribute Shanghai’s achievement to supposed socio-cultural explanations. These critics point towards “tiger mothers”, China’s growing economy, or the deferential nature of Chinese society to explain away their success. These crude national stereotypes are not the issue; it is simply narrow-mindedness to insist that there is nothing we can learn from finding out what happens inside Shanghai’s classrooms. Once inside, we can see that Shanghai teaching is very different from what we too often see in England.

This could be seen from the BBC documentary Chinese School, aired over the summer. I recently met Jun Yang-Williams, the science teacher from the programme, who (though the producers neglected to mention this fact) has taught in English schools for the past 10 years.

Having started her career teaching in China’s Xi’an province, Yang-Williams is in a privileged position to compare schools in both countries. In a letter she wrote to me following our meeting, she explained: “It seems to me that British schools have almost dismissed the ‘teacher-led’ teaching style … Although the ‘teacher-led’ pedagogy is seen as passive, it does not necessarily jeopardise learning outcomes. Students are in fact more proactive and more responsible for their learning.”

Last year, Professor David Reynolds of Southampton University, and postgraduate research student Zhenzhen Miao, tested 562 nine- and 10-year-olds from Southampton and from Nanjing in China, using maths tests from the international research project Timss. The average Chinese score was 83%, and the average English score was 56%.

More interesting than this was when the researchers videoed lessons in both countries, to find out what teaching methods were being used. The answer was clear: in Chinese classrooms, whole-class teaching made up 72% of lesson time, compared with 24% in England.

In addition, Shanghai mathematics teaching is based upon high-quality teacher resources. All schools follow the same textbook, which is published by the Shanghai education commission and refined and revised on an annual basis. Compare this with English schools, where, according to the Timss international survey, only 10% of mathematics teachers used textbooks as a basis for their teaching.

An enormous amount of thought and care has gone into the construction of the Shanghai mathematics curriculum, and it is anything but a straitjacket for teachers. These high-quality resources simply provide the foundation upon which creative and imaginative teaching can be built. No teacher is delivering someone else’s script.

Teaching in England is still hobbled by the misplaced idea that teacher instruction is irredeemably boring. But anyone who has visited Shanghai will know this is not the case. Primary and secondary teachers involved in the exchange have returned to England beaming at how interactive whole-class teaching in Shanghai can be. Though teaching large classes, Shanghai teachers are constantly asking and answering questions, inviting pupils to demonstrate solutions on the board, and quizzing pupils about their thinking.

And as for the myth that all Shanghai pupils are miserable, we know this is untrue because the pupils have said so themselves. The 2012 Pisa survey asked pupils whether they agreed with the following statement: “I feel happy at school.” In Shanghai, 85% of pupils agreed with the statement, which was above the OECD average, and above – I am sorry to say – the United Kingdom.

Shanghai maths teaching works because it is meticulous. No pupil understanding is left to chance or accident: every step of a lesson is deliberate, purposeful and precise. If the Shanghai teacher exchange can show enough English teachers the merits of such practice, it will have been a resounding success. – By Nick Gibb