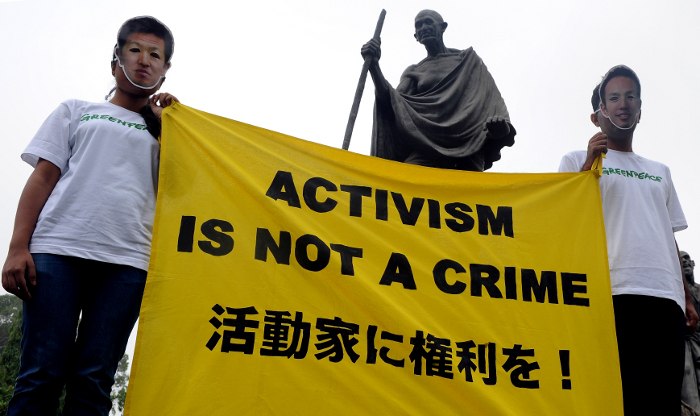 I think I have always suffered from false feelings of grandeur. When I was 10 I was convinced I would president, no one could tell me otherwise. And although the occupation has changed I have to be honest that I have always had this hidden feeling, deep down, that I will do something special. Something amazing! My name will be written in the clouds.

Well, as I approach 30 I’ve begun to realise that have some book named after me or receiving an award for awesomeness are starting to far less and less on my to-do list. In fact, I didn’t realise how long my to-do list would get the older I became.

My work is gratifying and in my own way I believe I am making a difference. But it is not my work where I feel my purpose lies. It is not in my campaigns like “I’m not” where I feel I will make my biggest impact on this Earth. In fact, I believe it is in myself and those immediately around me where I believe I can induce change, meaningful change.

You see I was at a conference two weeks ago in the UK about gender, work, and organisation. It was a fascinating conference filled with academic heavyweights, which left my brain bulging and marginally thumping from the amount of new information I was receiving. It was glorious to spend three full days arguing about matters relating to gender and work, matters I believe truly matter but for which most of us tend to take for granted.

However, an age gap soon emerged. Women from the older generation who were largely responsible for getting gender issues onto the political and academic agenda’s struggled to separate gender studies, feminism, and activism. You see, feminism and the very existence of gender studies are the product of activism. Are the product of many brave women and men standing up and saying no! Women deserve the right to vote and yes, the private is political.

But with the increasing amount of things on my to-do list I found myself quite uncomfortable. Was I now as a researcher also expected to be an activist? When could I possibly fit this activism into my schedule of deadlines? I felt pressured, not by them but by myself to carry the torch of generations of hard work to put gender issues on the agenda!

The more I thought about it the more I realised that everyday activism was my best form of activism. That challenging myself, my husband, and our friends in how we think had so far made a big dent. That upon reflecting on how much my worldviews had changed I had managed to disrupt those of the people closest to me.

For example, now it is my husband who will stop me mid-sentence and correct me when I tend to use a male pronoun as the norm. It is he who picks up on the fact that when we went to soccer city it was young white 20-somethings taking the cash while black, middle-aged people filled the draught beers. He has become more observant about the injustices in the world around him. My journey to study gender studies has not been mine alone. As I became painfully aware of how unjust and historically situated much of interactions were I had questioned his assumptions, daily and slowly overtime, without some sort of massive overhaul, his own views have become more critical.

I have noticed it elsewhere. Much to my frustration whenever I am out with my closest buddies and a new friend joins our table and says something not so gender-kosher (which somehow always happens!) my friends tend to, without my cue, go “oooooooh, you shouldn’t have said that. Claudia studies gender”. Or simply when some chauvinist sits down and says “women were meant to be in the kitchen” my friends’ eyes turn slowly sideways, bulging ever so slightly, to see whether smoke is fuming from my ears.

More often than not, I don’t have to step in to say those views are sideways. More often than not my friends, using me as their proxy, problematise those statements. During my two years in Sweden, before I came back to be the annoying friend that questions everything, I wonder if such statements would have received a lifted eyebrow. Even though it used to frustrate me that I would be used as the excuse to stop a conversation or put some views in place without me saying a word, I now realise that this is good. The very act of my friends stopping and raising an alarm is sign that inner questions have started to be asked.

I might, very well, be letting my feelings of grandeur get to me again and give myself far too much credit for my friends and husband’s slowly shifting views on equality and gendered discourse. Or maybe, just maybe, through my everyday activism of subtly questioning their assumptions I have started an internal process of questioning, or as another blogger calls it, the internal revolt.

So I guess, what I’m trying to say is that as much as it can be annoying to constantly be the person questioning people’s assumptions, these small acts of everyday activism should, and I am inclined to say do, lead to a more just and critical world. That before we try and go and “teach” or “tell” people over there how they can improve their lives or help themselves maybe the conversation needs to start at home with ourselves and those most intimate to us. Maybe through acts of everyday activism where we question chauvinist, sexist, racist, and ill-informed views we can create a world that is more sensitive, kind, caring and critical. The power of everyday activism is in its subtlety, to change slowly and without violent, immediate, knee-jerk expectations for change.

Image – Greenpeace activists hold a banner during a protest demanding justice for whales and their defenders on World Oceans Day in New Delhi, India, on June 8, 2010. (AFP)