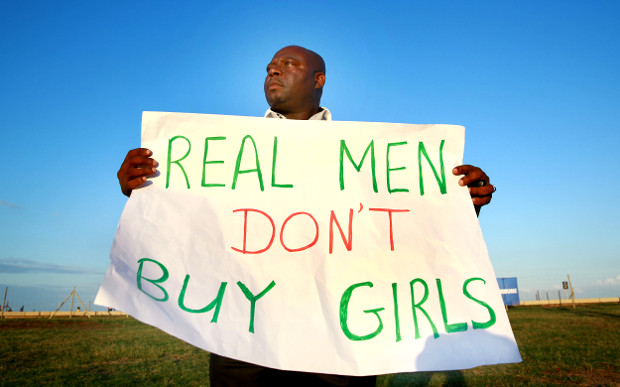 Many people have asked why the British media has taken so long to report with any prominence the plight of the 276 schoolgirls who were taken at gunpoint from their boarding school in Chibok, Borno state, on 14 April. A lot of the people who asked did so because they believed they knew the answer.

No doubt there’s some truth in all of those answers. But there is also a general answer that is much more simple. The vast majority of journalists commissioning and contributing pieces to the western media cannot, in all honesty, offer any more in the way of insight or information than I managed in a first paragraph excruciating in its arrogant ignorance. In fact, I only feel able to offer such a paragraph now because this has become a story about the British media too. About which I do know quite a bit.

I know that news organisations are not entirely geared towards moving journalists quickly into remote state-of-emergency regions to report on the crimes of an organisation that kills journalists as well as abducting schoolgirls. I know that while there’s a lot of nostalgia for the days when newspapers had offices all over the world, there’s no perceived need for it anymore. There was, in the past, far too much in the way of serving foreign news up to the British people only after it had been fashioned by other British people. It wasn’t until I read Chimamanda Ngozi Adichie’s novel, Half of a Yellow Sun, for example, that I learned the truth about the Biafran famine I’d heard about as a child, admiring the goodness of those donating to save the starving children, just as I was meant to. But it was not a famine. It was a mass starvation, a deliberate witholding of food by a Nigerian military that counted Britain as its ally.

So the question shouldn’t be: Why isn’t the UK media reporting this story? It should be: why isn’t it syndicating this story from the Nigerian media? Answer: it is. That’s why we know about it. But what was missing until very recently was that the reportage wasn’t being picked up by the columnists and feature writers who develop the trajectory of a story after it breaks, because they – we – just don’t have enough background knowledge to add any meaningful insight. And that kind of material is harder to syndicate, because commentators writing for a Nigerian audience assume a level of knowledge that isn’t applicable here.

For me, this lack of context meant that I only encountered the story as a reader. And as such, I felt despair – despair that there was such evil in the world, despair that such evil could express itself with impunity. Sure, I hoped the Nigerian government was doing more to secure the release of the girls than it seemed. Sure, I felt horror at the thought of how the girls were suffering, and disgust that their poor parents were being compelled to hire motorbikes and go looking in the forest for their daughters themselves. But, mainly, I felt powerless – one more powerless person among millions of other powerless people. Even anger felt like an indulgence, because what was my puny anger going to do? I don’t think people like stories that make them feel such a profound lack of personal agency. People, especially westerners, especially journalists, like to feel their view counts. Mostly, it’s a delusion. But it’s a powerful delusion.

Things were a bit different on Twitter, however, where a sense of agency could be kindled by using the hashtag #BringBackOurGirls. Why not? Why not at least retweet the people who did seem to know something? At first, a lot of the chat on Twitter berated media indifference. But once an appetite for the story had revealed itself, more media coverage started appearing. Chibundu Onuzo, for example, wrote a piece for the Guardian suggesting that the Nigerian government shouldn’t stop at bringing back the girls. It should “bring back our country” too. And western governments as well as western Twitter users became part of the story, as governments offered expert help. The girls’ plight has now achieved a high-profile slot in the febrile 24-hour news cycle, just as some always felt it should. But not everyone, even early on, was convinced that the sudden intensity of the “western gaze” was an entirely positive thing.

The idea that the world can be changed with a Twitter hashtag is often and rightly ridiculed. One is reminded of #Kony2012, which promoted a film made by the campaigning group Invisible Children to raise awareness of Joseph Kony. He is the leader of Uganda’s Lord’s Resistance Army, which for many years had been kidnapping children in huge numbers, making the boys fight as child soldiers and forcing the girls into sexual and domestic slavery. The US academic Ethan Zuckerman assembled a comprehensive critique of Invisible Children and their campaign on his blog. Zuckerman’s primary criticism of the campaign was that “oversimplification” could have unintended consequences. In Uganda’s case, he argued, #Kony2012 urged the international community to get behind Uganda’s leader, Yoweri Museveni. Yet Museveni’s own human rights record was pretty shocking, so the campaign, he suggested, could have resulted in “pushing the US closer to a leader we should be criticising and shunning.”

Taken in isolation, the story of the stolen girls could not be more simple. The demand, “Bring back our girls”, could not be simpler, either. It seems unbelievable that so many people can be hidden away. But maybe even that betrays a failure to understand Nigeria, and Nigeria’s topography. The forest the girls are reckoned to be held in is apparently three times the size of Wales.

Is it a triumph, that social media has made Boko Haram internationally notorious? Or are things more complicated? Experts don’t agree. Some say that the publicity will recruit more people to Boko Haram. Others, including Frank Gardner, the BBC’s security correspondent, say that the publicity is so negative that even al-Qaeda will be tempted to cut ties with the group.

Is it possible, even, that there was some quiet diplomacy, that had some chance of success, but was jeopardised by all the attention? Who knows? Maybe one lesson – for the west – about this dreadful episode is that not many people wanted to follow a massively complex story about the difficulties faced by Nigerians until a single, shocking strand came along, the horror of which was simple enough for us to actually grasp. Westerners have signalled that we are not indifferent. Or maybe just that, usually, we are. – By Deborah Orr © Guardian News and Media 2014

Image – A Nigerian resident in Durban, South Africa, joins people from all faiths to pray for the immediate release of the abducted Nigerian school girls during an interfaith prayer meeting held at the Blue lagoon Beach on May 11, 2014. (AFP)