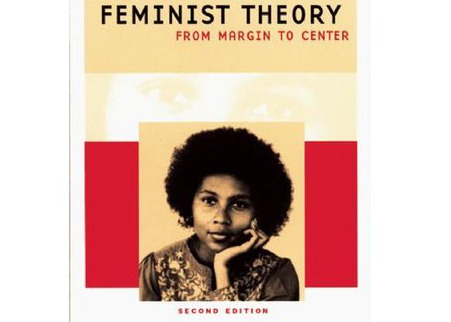 I read bell hooks’ “Third World Diva Girls: Politics of Feminist Solidarity” as part of gender and performance studies in grad school. It truly is what I would like to call a “survival guide” for black women/ women of colour who are either entering into the world of academia or those who already occupy a significant role in the academy.

In “Third World Divas”, hooks refers to “Western” perspectives, not in a way that attempts to privilege or treat these perspectives as central, rather the dialogue serves to decentre these perspectives in order to elevate those that exist on the periphery. She dedicates this text specifically to black women/women of colour that have been constructed as the “Other” or exoticised by the “West”.

For hooks, “Western” perspectives continue thrive within the context of the academy, particularly in feminist circles. Her article construes the idea of “Western” perspectives within the realm of a white, privileged (feminist) academy that leaves little room for solidarity between black women/women of colour. She refers to feelings of dislocation and isolation that women of colour/ black women academics experience as a result of (internalised) racism and classism, which further perpetuates the divisions among them.

hooks’ writing style offers a very visceral account of her experiences within the academy. Her writing style is quite accessible, sincere and emotive in an effort to personalise the academic experience and thereby challenging the “objective distance” that academics commonly adopt in order for their work to come off as more “serious”. What hooks does here is revolutionary because she is able to candidly speak about contentious issues that relate to the politics of a predominantly white academy without alienating the reader.

If anything, the article is somewhat of a “navigation tool” for women she refers to as “third world diva girls” (an expression that I keenly embrace). She uses this term in an affectionate manner in order to establish a sense of solidarity between women such as myself. Her text is heartfelt because it provides empirical evidence as to why feminism is still relevant today, especially in a “post-feminist”‘ or in hooks’ words an “anti-feminist” world that equates the assertiveness of black women/women of colour as “bitchy” and “aggressive”. She aims to create a sense of camaraderie between the very few black women/women of colour that exist in the academy. Her choice of words aim to unite, not alienate. Her emotive language does much for feminism, whose objective is to maintain or create a firm solidarity between the marginalised.

When hooks refers to the role of black women/women of colour in the field of feminism, she does so with a consciousness of an assumed sisterhood/ universalism governing feminist interaction as a whole. She suggests that the woman of colour/ black woman academic should challenge racism and sexism, not only as instances that happen outside of herself, rather she must be vigilant in monitoring her own internalised racist-sexist behaviours especially towards other black women/women of colour.

What hooks champions in relation to black women/women of colour requires vigilance and commitment. “Sistahood” is difficult when we as women of colour constantly see each other as rivals especially in a space that is generally not welcoming to people that look like us. “Sistahood” really does sound good to me. I imagine that our voices combined make for a beautiful chorus … one I sure wish to hear in my daily experiences.