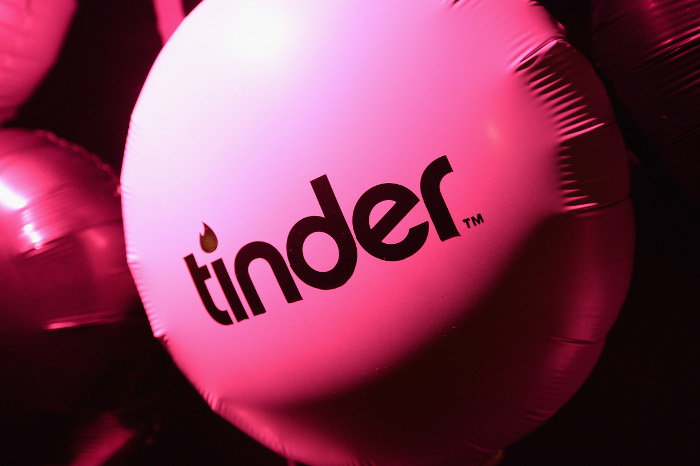 “God,” sighs Marie (Carrie Fisher), having just listened to her best friend’s latest dating nightmare in my very favourite scene in one of my very favourite movies, When Harry Met Sally. “Tell me I’ll never have to be out there again.”

“Tell me I’ll never be out there again” is the audible wail emitting from your latest copy of Vanity Fair, which contains an already much-discussed investigation into the terrifying world of – what, Isis? The darknet? Leicester Square on a Saturday night? Nope, Tinder.

“Tinder and the Dawn of the Dating Apocalypse” screams the headline and, indeed, the article does paint a brutal picture of modernity where men “order up” women, and women despair at men’s boorishness (“I had sex with a guy and he ignored me as I got dressed and I saw he was back on Tinder.”) One academic posits the theory that “there have been two major transitions [in dating] in the last four million years. The first was around 10 000 to 15 000 years ago, in the agricultural revolution, when we became less migratory and more settled. And the second major transition is with the rise of the internet.”

There are two responses that come immediately to mind: Has Vanity Fair only just discovered internet dating? And second, surely there have been certain other developments that have changed dating in the western world more, developments without which internet dating wouldn’t exist. Oh you know, things like women’s liberation, the sexual revolution, the pill. But heaven forfend I should question the wisdom of a pithy academic quoted in a glossy magazine.

Anyway Tinder, with adorable aptness, has reacted to this Vanity Fair article like that awful person you met on an internet dating site who bombards you with constant texts demanding to know why you never got back in touch after that one drink. In a rant of 31 tweets – step away from social media after that late-night bottle of white wine, Tinder, we’ve all been there! – Tinder railed against the magazine’s “incredibly biased view” of something it called “#GenerationTinder”, a moniker guaranteed to make anyone despair of modernity even faster than the offending article in question.

We don’t need to spend time on Tinder’s self-defence, in which it styles itself as the saviour of the human race . Instead, I would like to address the idea that dating apps represent the end of intimacy, as the article suggests. Hmmm, the end of intimacy – that phrase sounds familiar …

“Welcome to the age of un-innocence. No one has Breakfast at Tiffany’s and no one has Affairs to Remember. Instead we have breakfast at 7am, and affairs we try to forget as quickly as possible. Self-protection and closing the deal are paramount. Cupid has flown the coop. How the hell did we get into this mess?”, mused Carrie (Sarah Jessica Parker) to the camera in the first episode of Sex and the City. As this was made back in the bleeding cutting edge of 1998, Tinder could not be blamed here. Instead, the programme pointed a manicured finger at women’s liberation and Manhattan weirdness, which, as chance would have it, is precisely what Vanity Fair’s article does, too.

The article never says it but the story here is less about Tinder and more about how awful it is to date in New York City – not, you might think, exactly an uncovered issue. It even opens with a scene from “Manhattan’s financial district” to show what modern dating is like, which is like claiming a speed eating competition in Iowa reflects the typical modern attitude to eating.

Dating apps may have altered modern dating rituals – namely by adding the term “swipe” to the language of romance – but what Vanity Fair inadvertently shows is that it really hasn’t changed anything about dating in New York, which is where the magazine’s article is set.

At the risk of indulging in the kind of generalisations of which Carrie Bradshaw was so fond, New York dating is a weird mix of frenetic meet-ups and Edith Wharton-like formalised unions of those from similar backgrounds. (For examples of the latter, I refer you to New York Times Vows column which in one recent and typical entry mentioned eight times that the featured couple had attended Yale.) I dated in New York in my early 30s and can verify that the horrors described in Vanity Fair’s article are very real. But seeing as I lived there before Tinder even existed I, like Carrie Bradshaw, could not blame the dating app for any of them.

But the real crux of these “Tinder is the end of love!!!!!” articles is something as old as dating itself, and that is an older generation’s horror at the dating rituals of the young. Dating stories always sound horrific to those who have left the scene, because dating is generally horrific and awkward and weird, as it should be – otherwise we’d all marry the first person we ever met for coffee. Add in the twist of dating formats altering between generations, and you have a guaranteed reaction of incomprehension topped with hypocrisy.

To hear former liberals of the 80s and 90s, let alone the 60s, tut-tutting over dating apps is to hear the sweet, sweet sound of self-delusion and selective amnesia. (Intriguingly, the article seems utterly unconcerned about Grindr, the dating app for gay men – only heterosexuals, especially women, are at risk of moral degradation, apparently.) Because while dating methods evolve, the human emotions underpinning them never do, namely, hope, loneliness, a search for validation, a generalised desire for sex and eventually a specific desire for love.

Here’s the sordid truth about dating apps and human behaviour: if you are a jerk in real life, you will be a jerk when you use a dating app. If you are a decent person who treats people a vague modicum of respect, you won’t be. Internet dating gives single people more options – which I think is a good thing – and this will work for some and it will encourage others to turn into compulsive over-daters. Such are the varieties of human nature.

Finally, if you swipe right on guys who work in Manhattan’s financial district, chances are you’ll end up on a date so bad it will become an anecdote. And your friends will look at you and say, “God, tell me I’ll never be out there again.” – By Hadley Freeman 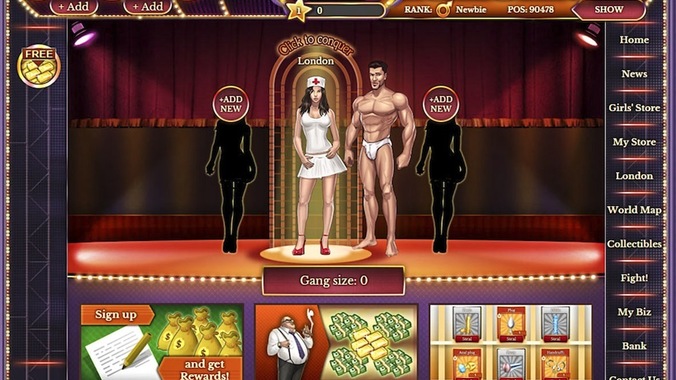