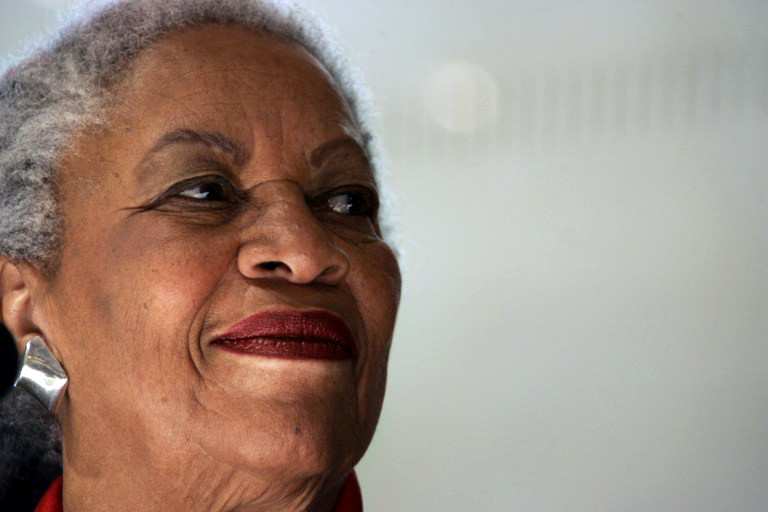 Toni Morrison wants everyone to know that she hates the title of her newest novel, God Help the Child.

The original title, Morrison said last week at Congregation Beth Elohim in New York, was The Wrath of Children, and in her opinion it was wonderful. It provided more clarity about a key theme of the novel: that what you do to children matters. The book isn’t just about anger, she says, it is about something stronger, about children’s fury “about what adults have done to them and how they tried to get through it and over it and around it and how it affected them”.

The book wrestles with issues of colourism, child abuse, good and evil, and the parent-child relationship. Morrison started the novel, her 11th, before her previous book, 2008’s A Mercy. She had to put it away, she said, because she didn’t know how to elevate the “very modern, very convenient, kind of stupid” language she wanted to use (the main character works at a cosmetics company called You, Girl) into something literary. She returned when she had absorbed enough television and articles and magazines to develop an ear for using that style of speech in a way that wasn’t shallow.

At the centre of the novel is a child named Bride who is punished by her mother Sweetness for having dark skin. Sweetness sees her cruelty as a gift, a way to strengthen and prepare her child for the abuse that others will heap on her based on the colour of her skin. And so, Morrison said, “unlovely as she is”, there is truth in all of what Sweetness says: Be careful, life is hard, but even more so when there is a hierarchy of good and bad and who gets to belong and have worth and who doesn’t.

Morrison, who is now working on a series of Harvard Norton Lectures about “the literature of belonging”, said that these questions have been with her all her life. She remembered a key episode from when she was only three years old, playing with her then-four-year-old sister on the floor when her great-grandmother – an “almost mythological” person – came to visit.

Her great-grandmother was very tall, straight-backed, and carried a cane that she probably didn’t need. “She came to the door, greeted my mother, and then she looked over at me and my sister and she said, ‘those children have been tampered with’ ”, Morrison said.

Three-year-old Morrison didn’t understand what “tampered” meant then, but the judgment remained with her.

“My great-grandmother was pitch-black, the blackest woman I’d ever seen in my life and she said we’d been tampered with, by which she meant we were not pure and she was,” she added. “We were sullied inside.” Looking back, Morrison said, she can see that from her debut The Bluest Eye, she has always been writing about the consequence of what happens when someone internalises that feeling of being ugly forever.

In her books and for her lectures, she is finding examples of ways in which evil is dressed up with a tuxedo and a top hat, while goodness “lurks backstage and bites its tongue”, offered with an apology or a defect, like Herman Melville’s Billy Budd, who can only stutter, or JM Coetzee’s Michael K, who has a cleft lip.

“I just think goodness is more interesting,” Morrison said. “Evil is constant. You can think of different ways to murder people, but you can do that at age five. But you have to be an adult to consciously, deliberately be good – and that’s complicated.”

While researching goodness, she found texts by psychiatrists and psychologists suggesting that a truism was simply “something wrong with you, almost like a deviant behaviour.” Disappointed by these reductive conclusions, she wanted to work a deeper understanding of the concepts into her books.

“I want very much to have every book I write end with knowledge,” Morrison said. “You begin at a certain place, a literary journey, and at the very end there has to be the acquisition of knowledge which is virtue, which is good, which is helpful – somebody knows something at the end that they did not know before.” — By Angela Chen