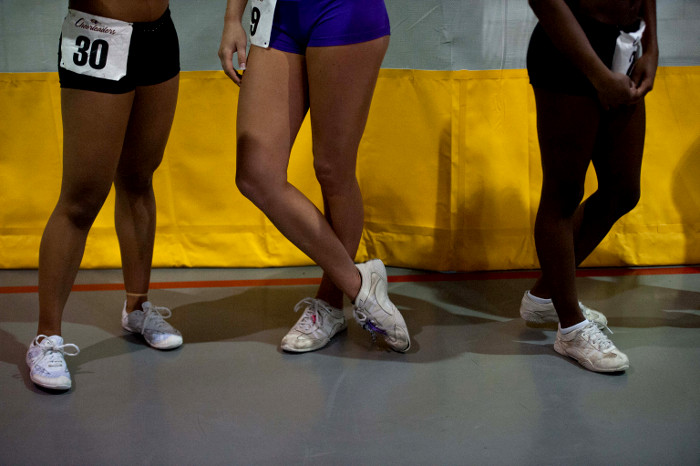 This article is part of our series examining hidden women’s conditions.

Few have heard of bacterial vaginosis (BV) although it’s a relatively common condition. It affects at least 12% of Australian women, 30% of American women and up to 50% in parts of Africa.

Symptoms include a watery, milky discharge and fishy odour coming from the vagina.

Women with BV are more likely to get sexually transmitted infections (STIs) – such as chlamydia, gonorrhoea and herpes – and to transmit or acquire HIV. They are more likely to develop pelvic inflammatory disease, a painful condition that can result in infertility.

Studies have shown women’s self-esteem, sexual relationships and quality of life suffer significantly from this infection. Women have reported BV symptoms make them feel embarrassed, “dirty” and concerned others may be able to detect their odour.

Many women with BV symptoms think they are experiencing thrush, and commonly report being treated for this. But BV doesn’t cause itching and there is often a noticeable fishy odour. Improper treatment for this condition leads to persistent symptoms, frustration and distress.

Why BV is hard to treat

Bacterial vaginosis is caused by groups of bacteria. This makes it different from other genital infections, such as chlamydia and gonorrhoea, where one bacterium is responsible.

While the cause of BV remains the subject of ongoing research, we do know there is a marked disruption of the vaginal bacterial community in women with BV compared to those with a healthy vaginal state.

BV is associated with a decreased number of good bacteria, known as lactobacilli, and an increase in bad bacteria. Lactobacilli dominate the healthy vagina, fighting bad bacteria and other other disease-causing agents.

Latest research into the bacterial profile of the vagina has suggested that as well as this imbalance, women with BV have a bacterial biofilm on their vaginal wall.

This is a kind of network and scaffolding of bacteria that cause cells to stick to each other. The biofilm blocks the body’s defence mechanisms and protects bacteria against antibiotics which have difficulty penetrating the biofilm.

Current treatment guidelines include seven days of either oral antibiotic tablets or the insertion of a vaginal antibiotic cream for seven nights.

These antibiotics have 80% to 90% cure rates one month after treatment. But more than half of treated women get BV back again within six months.

No other treatment approaches (longer antibiotic regimens, combinations of different antibiotics or supplementing antibiotics with probiotics to try and restore the healthy vaginal bacterial balance) have resulted in a sustained, long-term cure.

This is likely due to the bugs causing BV persisting after treatment or because women are being reinfected by their partners.

Trials between 1985 and 1997, where males were treated alongside their female partners, didn’t consistently reduce BV recurrence rates. These trials have since been shown as flawed and inconclusive.

Now there is mounting evidence to suggest sex is strongly linked with the acquisition of BV and its recurrence in treated women.

Studies have found women with male sexual partners who didn’t use condoms were consistently more likely to have BV. And women who have been treated and then re-exposed to the same partner were more likely to get their BV back.

Studies exploring bacterial communities on the penis have found BV-linked bugs under the foreskin and at the end of the urine tube. These were more common in men whose partners had BV than in those whose partners didn’t.

Despite men not having associated symptoms, the data support the hypothesis that in treated women, sex with an untreated partner may be re-introducing the BV bugs responsible for high recurrence rates.

Other studies have shown women with female sexual partners were more likely to develop BV if they had more partners or a partner with BV.

We need a cure

The current state of BV treatment is unacceptable. Despite mounting evidence of sexual transmission, treatment of male and female partners of women with BV is not recommended by international guidelines, based on the trials two decades ago.

There are few conditions where doctors know that more than 50% of patients will be back with symptoms within six months. This characteristic of BV highlights the importance of finding the cause of high reinfection rates.

Failure to find a single organism responsible for BV and the difficulty in establishing whether BV is sexually transmitted have all been significant barriers to making progress with a cure.

A number of treatment strategies must be explored, include conducting well-designed clinical trials of partner treatment to see if eradicating the bacteria from women and their partners simultaneously (as we do routinely for STIs such as chlamydia) improves the cure rate.

It is quite possible that no single strategy will eliminate BV in all women and that combinations of approaches may be needed; including using antibiotics with biofilm-disrupting agents and partner treatment.

Drugs that disrupt biofilm are highly experimental, but will also be subject to clinical trials over the next few years and may prove essential in the fight to eradicate BV.

This article was originally published on The Conversation. Read the original article.