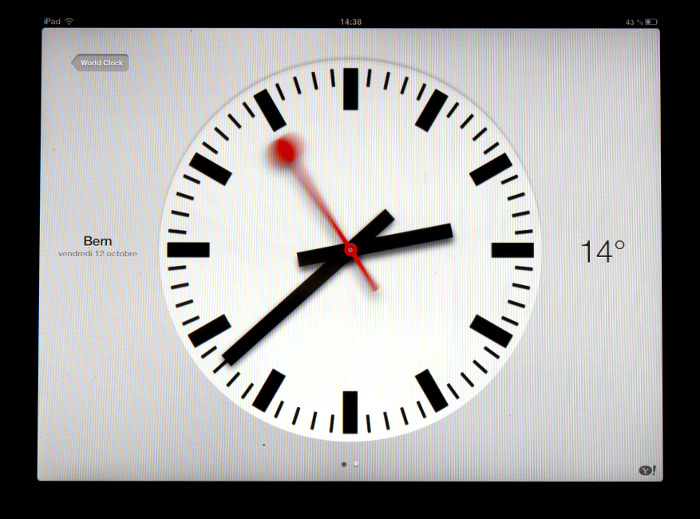 Here is an assertion with which you will be familiar. After 30, women’s fertility falls drastically. Their chances of conceiving naturally plummet, and they are left relying on IVF or adoption, or – worst of all – consigned to a childless life. These lonely women sit around their laughterless homes, pining for the burbling affection of the babies they denied themselves, and thinking: Why did nobody tell me?

Those were the presumptions underpinning a widely read story in the Mail on Sunday, headlined NHS chief warns women not to wait until 30 to have baby. In the piece, consultant gynaecologist Professor Geeta Nargund – who is not, as far as I can tell, an NHS chief at all, but that’s by the by – warned younger women that if they didn’t get on with it, they could face “shock and agony”, “devastation and regret”, as well as placing a “costly and largely unnecessary burden on the NHS”. Those in the target demographic could be forgiven, reading these ominous words, for apologising profusely to society at large and immediately collaring a passing stranger for a bit of unprotected sex. The clock, after all, is ticking.

The thing is, though, it might not be ticking at quite the manic pace Professor Nargund implies. To temper that initial assertion, consider these pieces of evidence. A 2004 study found that the chances of pregnancy within a year if you are having sex twice a week fell from 86% aged 27 to 34, to 82% aged 35 to 39. A 2013 Danish study found that 78% of 35- to 40-year-old women got pregnant within a year, compared with 84% of 20- 34-year-olds. And a 2013 study found that 80% of average-weight 38- and 39-year-old white women who had been pregnant before got pregnant again within six months. Fertility falls, to be sure. But it certainly doesn’t fall fast enough to justify telling younger women that they must take choices they would otherwise eschew or face a future of certain misery.

All of those figures come from a remarkable 2013 piece from the Atlantic, which I, like many others, read in a state of sceptical bafflement – not least when it pointed out that one of the most commonly cited pieces of evidence for the baby panic was based on French birth records that were 200 or 300 years old. If the chances of pregnancy later in life are so little reduced, why do we operate on such a firm shared presumption that a 38-year-old with a new baby is some sort of medical miracle? Why do we cluck sympathetically at the uncoupled 33-year-old, fearing that her chances of happiness are about to expire? Why is our dominant metaphor the ticking deadline of the clock, and not the steady orbit of the moon?

Here’s one suggestion, which Professor Nargund’s overhyped intervention (which, it’s worth saying, she may have been surprised to see presented in such stark language; she has previously discussed the subject in much less melodramatic terms) does little to dispel. This argument is not medical, but political, the pursuit of socially conservative ends by pseudoscientific means. It is predicated on the idea that a woman’s happiness is entirely bound up in family, and that she has a social obligation to reproduce even if she is ambivalent about the prospect. It is, I suspect, driven in part by an older generation of opinion-makers in which women’s value was very largely dictated by their role in the home, and who – male or female – feel an understandable urge to validate that choice. And it moralises the real medical issues that IVF represents in reprehensible fashion, suggesting, in a way that seems to place choices about family in the same ethical division as drinking and smoking and taking drugs, that older would-be mothers should add to the socially imposed guilt they may already be feeling with a sense of contrition towards the taxpayer. It is also deeply bloody irritating to those of us of both genders who haven’t decided to have a kid yet, and who are constantly badgered by the presumption that without reproduction there can be no meaning.

That this is, in the end, about the woman’s place in the home is firmly underlined by the remarkable fact that the piece doesn’t refer to men once. It places all of the (presumably nagging) desire on the would-be mother, writing out the responsibility – and, indeed, the hopes – of their partners at a stroke. (There is, by the way, some evidence that paternal age can affect a baby’s health, but you don’t see screaming tabloid headlines about that.) With this comes the implication that the person in the possession of the womb is the sole responsible party, that if men haven’t quite made their mind up by their 40s they can always start again with a younger model. As a sheerly practical matter this is true, of course, but follow its logic and you wind up with a pretty bleak social outcome: the unlucky ageing females left to mourn their failure to entrap a man, and ranks of gleeful old fogeys celebrating their perennial sperm as their blooming second wives get up the duff again and again. There’s already quite enough of this going on without the MoS seeking to encourage it.

Perhaps it’s not surprising that a fertility specialist should fret about all this, seeing, as she does, anxious thirtysomething women on a regular basis, and perhaps thinking less than the rest of us should about all the women she doesn’t see. (We might think of the plastic surgeon who recommends an early intervention to lessen the need for later work, not pausing to think that actually some people might not want plastic surgery at all.) But whatever Professor Nargund’s concerns for her patients, and the Mail on Sunday’s fears about dramatic social change, the rest of us should take their warnings with a pinch of salt. Fine, the clock may be ticking. But it is not a biological clock so much as a cultural one. – By Archie Bland