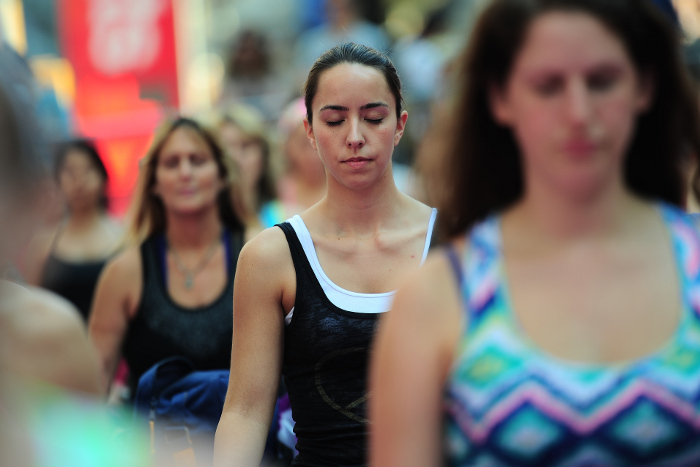 When a website you are already blogging for asks you to start blogging for their women’s section, it poses certain questions.

“What was I writing for before?” you might wonder, “the men’s section?” If this is the women’s section, what do we call the whole rest of the website — the part with all the political analysis and serious commentary in it? Would that then be the people’s section? Why do we need a women’s section anyway?

There are certain issues that belong to women alone, particularly if one takes the essentialist view, but it’s not a long list. Anything to do with menstruation, female sexuality, menopause, women’s fashion, pregnancy and breastfeeding can all be said to be of interest to women only.

But the topics that typically find their way into women’s sections tend to include parenting, relationships and the work-life balance. These are all subjects that belong firmly to the private sphere of human endeavour. Anything to do with the public sphere is assumed to be of male or general interest, while the private sphere is for women only. The assumption seems to be that men are their most authentic selves in public, while women come into their own in private.

This is obviously a deeply problematic assumption as men occupy the private sphere to precisely the same extent as their female counterparts. They too have relationships, become parents, and are forced to juggle work with their private lives. To put these forward as uniquely female concerns is to perpetuate an entire edifice of patriarchal stereotypes.

Websites tend not to go in for on men’s sections much. When the whole of the internet is the men’s section, men don’t really need a special little corner of their own. But men’s magazines certainly exist and one could extrapolate from them what a men’s section might look like. “10 days to ripped abs”, “Make her scream in bed tonight” and “12 steps to successful braaing” might be likely headlines.

As long as women are regarded as a minority interest group, it makes perfect sense for them to have their own section — in the same way as the Huffington Post has a gay section, and the Guardian has an African section. These segments of society are assumed to have common interests and a shared raison d’etre that makes it logical for them to have a site dedicated to their own content.

But women aren’t a minority anywhere in the world. They’re half the human race. Except for the narrowest and most essentialist of topics, anything that is of interest to men should also be of interest to women, and vice versa.

But there is a difference between such theoretical rationalisations and how things work in practice.

If women were put off by the content of women’s sites, presumably these would have ceased to exist by now. No one would ever click on them and they would gradually expire. But while women’s magazines may indeed be on the decline, women’s sites are not. The content they offer remains popular and appealing. Women are not immature creatures, so steeped in patriarchal discourse as to be unable to know for themselves whether something genuinely interests them or not.

In the end, we women are the only arbiters of whether the world still needs women’s sections or not. As long as we continue to visit and read such sections, there need be no qualms about continuing to present them.

Women aren’t in the minority in numerical terms, but they certainly are in terms of the influence they wield. The latest statistics on income parity, political representation, and all other areas of public influence, suggest that women are very much in a minority. It is perhaps not ridiculous therefore to regard them as an interest group that needs its own “section”.

We can look forward in the future to a utopia in which half the human race no longer needs its own personal ghetto on the internet, but until then — long live the women’s section!