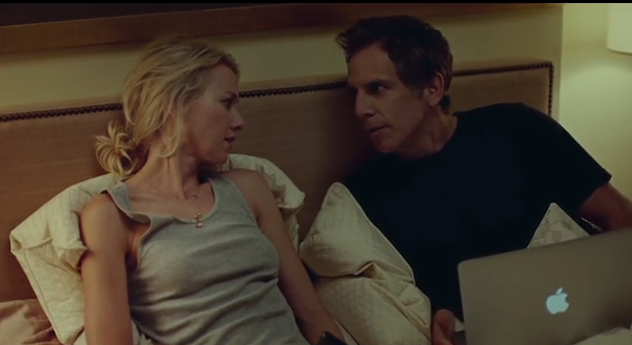 They’re emotionally and physically exhausting, they’re hugely expensive and they are the biggest curtailment of your personal freedom after prison: objectively, it makes next to no sense to have children. Sure, the instinctive drive to perpetuate the human species, blah-di-blah, but since it feels like the only conversation I’ve had with friends for the past three years has been how they can’t get their kids into any of the oversubscribed local primary schools, I think we’ve got that one covered.

None of it will come as news to the growing number of people in the developing world who, having decided that parenthood looks less like the triumphant arrival of the Simba cub and more like bored weekends at Lego World with a toddler having a tantrum, are opting out. In the US, 18% of women now reach their mid-40s without having had a child , an increase of 80% from four decades ago. Last year the Office for National Statistics recorded the biggest drop in live births in 40 years. A child-free life (a far preferable term than child-less), either by choice or circumstance, is increasingly, if not the norm, then not exactly the abnorm either.

And yet it is still treated — by the media, by pop culture, by society — as something that needs to be explained or justified. There are the usual contenders: I harbour a fondness for a 2012 Daily Mail article headlined “ The women who think they’re too clever to have babies ”. “Warning!” hissed the subheading: “Their views make incendiary reading.” My feeling is that anyone who opts to appear in a Mail trend piece should lose the right to perpetuate their DNA, but that’s a subject for another day.

But even those who you think might be sympathetic can turn around and smack the child-free adult in the face with a Peppa Pig DVD. In the bafflingly over-praised new Noah Baumbach film While We’re Young, the movie at first seems to mock parents who insist to their child-free friends that they absolutely must have kids. Refreshingly, the film includes a scene in which new parent Fletcher (played, much to the delight of overgrown thirtysomething kids everywhere, by Beastie Boy Adam Horowitz) admits to his child-free friend that, really, parenthood isn’t all that: “I’m still the most important person in my life,” he says, feeding his infant. But as the movie progresses it becomes clear that the protagonists will not be proper adults, let alone happy ones, until they have baby of their own. All the mistakes they’ve made, the film suggests, are because they’ve been trying to compensate for the empty childlessness of their lives. “Have children or risk becoming a middle-aged hipster!” the movie says — which, to be honest, is a more persuasive argument to me than the continuation of my genes.

The thoughtful writer, Meghan Daum, has edited a book about being child-free, which has just been published, amusingly titled Selfish, Shallow and Self-Absorbed. In it, 16 authors — female and, pleasingly, male — have each contributed an essay about their child-free lives. Some are moving, some are clear-eyed and straightforward, and some are straight-up funny. What struck me most while reading it is that the reasons the writers give for not having children – ranging from a fear of passing on certain genetic traits to simply wanting to retain one’s freedom — were far more thought-through than the ones parents generally give for opting in. Geoff Dyer pretty much steals the show, as usual, when he says in his delightfully angst-free essay that the thought of having “to make calls to friends at the Guardian or Faber & Faber about a possible internship” for his hypothetical child put him off parenthood for good.

As chance and synchronicity would have it, an essay by Sabine Heinlein about choosing a child-free life, has been doing the rounds this week. As with Selfish, Shallow and Self-Absorbed, the writer gives her take on the subject, her title inspired by the reaction of others to her choice: The Answer Is Never. Ultimately, I came away from reading Heinlein and Daum’s work with two contradictory emotions simultaneously: exasperation that they needed to be written at all, and delight that they were.

A friend once said: “The real culture war is between parents and those who don’t have kids.” (He had three boys under five at the time, so wasn’t in the best of moods.) Any adult who has passed 35 without having children will know the chasm between you and your friends with kids. It’s there in the irritation in your voice when you demand to know why they can’t meet you at the pub after work, and the irritation in their voice that you don’t understand how childcare works. The child-free adult wearies of having to plan a social life around other people’s nursery schedules; the parent is just flat-out weary. Daum has suggested that some parents may feel jealous or even threatened by those who opt out of having kids — especially parents “who felt that it was something they had to do”. Those who feel constantly judged for not having children laugh ruefully at their jealousy.

Contrary to what society still might claim, there is no right answer when deciding about parenthood. I suspect both parties are riddled with a fear of future regret: regret for what they’ve given up by having kids, regret for what they’ve given up by not. Because the grownup truth is, as Dyer writes, “when it comes to regret, everyone’s a winner”. And the flipside is, when it comes to personal fulfilment, everyone can win again too. — By Hadley Freeman

Image – Naomi Watts and Ben Stiller in a screengrab of the While We’re Young trailer.