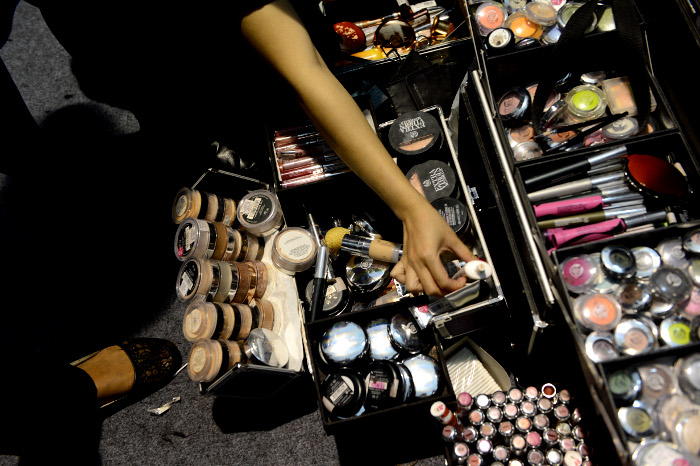 I’m not proud of this, but when I was a teenager my favourite moment in a film was when the heroine had a makeover. You know, the scene in which the leading lady is taught that the only way she’ll get ahead in life is if she gets rid of everything interesting about her and straightens her hair. Who could possibly object to that message?

So it should thrill my inner teenager that there has been a growing clamour for feminism to have a makeover. “Take feminism out to Rodeo Drive!” these people cry. “Take it to a fancy designer shop and get some rich guy with a credit card to buy it loads of ugly shoulder-padded jackets so it stops looking like a prostitute and now looks like Ivana Trump. Then it can live happily ever after with the man who paid to have sex with it! That’s the kind of thing feminism needs!”

First up, Joss Whedon. Now, I have time for Whedon: sure, his female characters spend an enormous amount of time being beaten up (hello, Dollhouse) or being devastated by male characters (hi, Buffy), but, heck, at least he isn’t Michael Bay, right? And for the feminist fan of modern pop culture, you have to be a glass half-full kinda person. Last week, Whedon announced that he hates the word “feminist” because he doesn’t like how it sounds (“Tonally, it’s like watching a time-lapse video of fresh bread in an oven being burned!”) and because it infers that to believe in equality is not a natural state. “You can’t be born an -ist!” insists Whedon, who apparently hates the word “feminist” so much he has never read any feminist theory debating exactly this point. Instead, he says, it’s not feminism that needs a term but the state of not being a feminist that should be seen as the anomaly, as with the term “racist”. (“Sexist” just won’t do for Whedon, for reasons too vague to elucidate here.) So he suggests “genderist” because it will “contextualise” the problem just as racism “contextualised” the problem. Not solved it, mind – racism isn’t over, despite its sonically pleasing term – but contextualised it.

I personally dislike the term “mansplaining”, because I find it – with apologies to Whedon’s ear – sexist, but rarely has there ever been a better example of the term. To the tune of Goldfinger: MANSPLAINER! Contrary to Whedon’s sweetly naive view of humanity, it is not mankind’s natural tendency to see everyone as equal, as the most skirting glance over history will prove. Rather, humans have a remarkable tendency to try to subjugate one another for their personal advancement and self-validation. Whether this is “natural” is a tricky issue, but then, arguments about what’s “natural” for humans have tended not to work out too well for women in the past, as they generally devolve into discussions about women being put on earth to spread their legs and bear children.

On Monday this week I received an email from Lorraine Candy, editor of Elle, announcing that after her “groundbreaking project” involving three advertising agencies to “rebrand feminism”, the fashion magazine is going to hold a conference on the subject. This will certainly make noted modern thinker Geri Halliwell happy, as she once posited: “Feminism is bra-burning lesbianism. It’s very unglamorous. I’d like to see it rebranded. We need to see a celebration of our femininity and softness.” Bra-burning lesbianism?! The horror, the horror! No wonder Elle needs to rebrand it! So I called Candy to discuss what, precisely, about feminism she felt needed rebranding. Was it getting a cosmetics range? A diffusion line (Femme, by Feminist)? Candy assures me that she is “definitely a feminist” and that this conference will not gussy up the name but rather “discuss what feminism means to the modern woman”.

What it’s rapidly beginning to mean to this modern woman is that it’s a word a lot of people in high places don’t understand. Celebrities prove this on a weekly basis (“I’m not a feminist – I love men,” Lady Gaga; “People think of feminism as being a load of strident bitches,” Susan Sarandon.)

In any event, feminism is already getting a makeover, without Whedon and Elle’s help. Comedian and (occasional Guardian colleague) Bridget Christie currently has a show in London in which she describes how magazines love it when she writes about feminism – but they’d prefer she’d talk about Lena Dunham instead of Malala Yousafzai “because we want to use a photo of Lena Dunham”. You can even buy £250 necklaces proclaiming your feminism, which is surely the kind of “celebration of our femininity and softness” Halliwell craved. Feminism is having a trendy moment, you see, so now it is being commercialised. This is the equivalent of plucking the eyebrows of a very pretty girl in a movie so she’s more acceptable to her stupid frat boy date. Leave her hairy. Leave her be.

I wish feminism were more complicated because it would explain why so many people misunderstand it. But it is actually amazingly simple: it is a belief in gender equality. There are complications within it, but that’s all it is. The reason it has a special name is because equality is not the human race’s default position and only a very wealthy, white, heterosexual man could possibly think otherwise.

As I grew older, I came to like makeover scenes a lot less because it became obvious to me that it wasn’t the woman who needed making over, it was everyone else who needed an open mind. Feminism doesn’t need a makeover, a rebranding, a softer sound or even a gold necklace: some people just need an education. – By Hadley Freeman © Guardian News and Media 2013