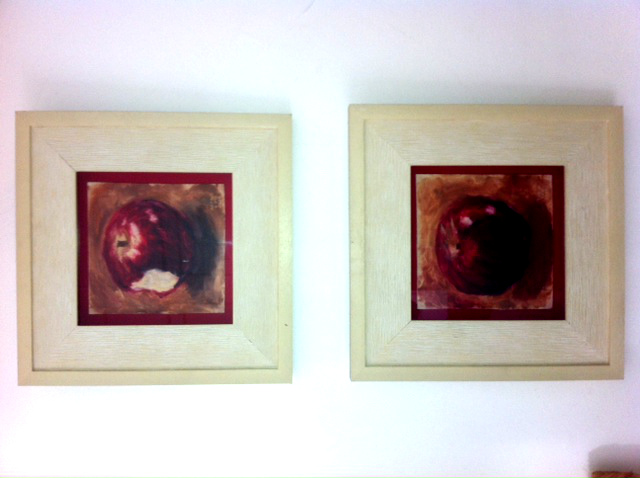 In a bedroom in my grandmother’s house, the one I’ve used for the last three and a half years, hangs a pair of matching apples painted in lipstick. I’m glancing up at it as I write out the notes for this piece. Titled “Adam and Eve”, the paintings were a wedding present for a colleague. If they are hanging in my bedroom and not hers, it’s because they were never given to their intended recipients. My then husband found out how much I had paid to have them framed — R1000 — and, outraged by my extravagance, forbade me to give the gift.

I remember him yelling at me all the way to the wedding in Muldersdrift. I had a bad cold and greasy hair, and I felt ill with guilt about the gift I was giving instead.

Which is a roundabout way of coming to my point about single women: we have our uses, especially when it comes to money.

My being a divorced woman without dependents is very useful for those who benefit from it. As a woman, I can get away with living with family and not having people muttering sotto voce references to Norman Bates. Because I’ve cut my living expenses so drastically — divorce imposed the change, and I never went back to my old ways — I have the cash to spend, and I do. Charities, friends, somebody on Twitter collecting school fees for a deserving kid, a business partner who has three kids and can’t afford to cut back the way I can — I’ve given four figures to them all, sometimes five and six. I’ve calculated that I’ve either loaned or given away well over double what I have earned in the same time, possibly triple.

So I am in a rather strange situation — one where I don’t have a car, a home of my own, or a job, but I give away irrational amounts of money because … I can. And because somebody has to, so it might as well be me. (I suspect, also, that it may have become a de facto addiction rooted in low self-esteem; more about that another time.)

I can do all of this because I can defray costs by living with family, because I am schnoep — and, most importantly, because I don’t have to ask for permission. If I were seriously involved with someone, this kind of largesse would be impossible. No partner would tolerate it for a second. There would be constant rows, because the moment you are in a relationship, your autonomy when it comes to money is gone, as it must.

So here’s the funny thing: while I may be single and childless, carless and houseless and designer shoe-less; while I may look like I’m not worth the time of day to my fellow Joburgers, I do actually pay for things. I do have car repayments and school fees and clothing bills. They’re just not mine. I do buy furniture. Just not for myself.

Simply put: because my own lifestyle is so constrained, I’m able to subsidise others who come saddled with more of the conventional burdens of a middle-class lifestyle. So, as it turns out, the world needs single, divorced women. Just not for the reasons you assume.