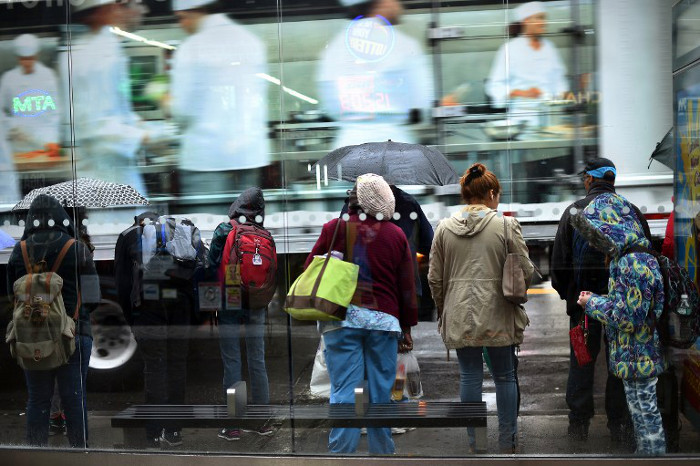 Ask around and you’ll discover a mysterious truth about travelling on planes and trains: almost everyone can recall being stuck next to a stranger who wouldn’t stop boring on about his health, job or marriage, yet almost nobody will admit to being that seatmate themselves. Maybe there really is one guy who spends his life oversharing on public transport, and we’ve all bumped into him. But a more likely explanation, in light of studies by the Harvard sociologist Mario Luis Small, is that we confide in strangers more than we realise. Many scholars have long assumed our “core discussion network” to be those to whom we’re closest. The modern romantic ideal is to “marry your best friend”, someone who is lover, confidant, co-parent and drinking buddy in one. Yet when asked who they’d most recently confided in, almost half the respondents said it wasn’t someone important to them, but a bartender, hairdresser – or maybe you, trapped in the window seat on a six-hour flight.

You could take this as terrible news: in a lonely, atomised society, do we simply turn in desperation to whoever will listen? In a minority of cases, Small found, sheer availability was indeed the motive, but at least sometimes, he argues, we seek out non-intimates precisely because they’re non-intimate. For one thing, you’re not going to discuss your extramarital affair with your spouse, and you might not want one sibling gossiping to another about your money troubles. More subtly, we like indulging in “downward social comparison”, cheering ourselves with the thought that we’re doing better than others. And that’s harder to do with intimates, since if you think of your dearest friend as a loser, what does that say about you?

There are benefits, too, in the blank canvas of someone you don’t know well. This helps explain the cliché of the therapist who answers every personal question with a question (“Why is it important to you to know that?”). A psychoanalyst, Freud said, “should be opaque to his patients and, like a mirror, should show them nothing but what is shown to him”. Learning that your shrink has three kids and likes playing the harmonica, he thought, would interfere with the psychoanalytic process. But you needn’t buy Freud’s theory to see the upsides of being forced to really hear your own words, and think about them. By contrast, a close friend might jump in with reassurances, or suggestions as to how he or she would respond in your shoes – well-meaning, but not always helpful.

Perhaps our fondness for confiding in non-intimates is more evidence for what’s been called, in possibly sociology’s most famous paper, the “strength of weak ties”. Many of the benefits we get from belonging to social networks, it transpires, come not from our strongest bonds, but weaker ones. (Jobseekers, the original paper argued, find more work vacancies through weaker ties.) And it makes you wonder how many marriages and friendships might be saved by not demanding that they fulfil every possible function of a relationship. Anyway, I’ll stop talking and let you get back to your book. I think we’ll be landing soon. – By Oliver Burkeman