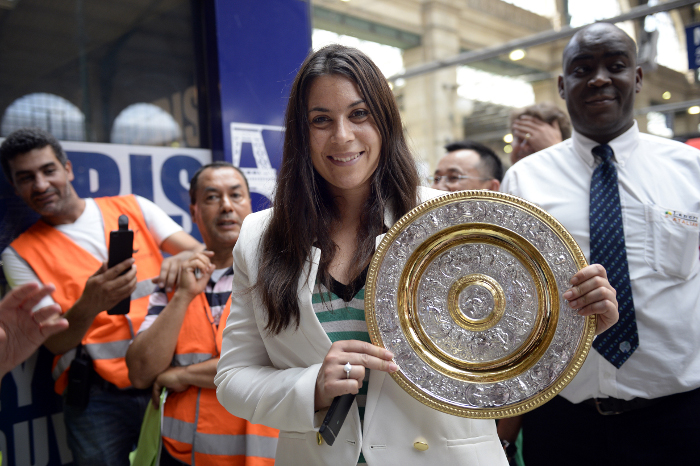 While Andy Murray may have rewritten the enduring British sports narrative of noble failures and humiliating disappointment in the space of three hours last Sunday, some things, it seems, will take longer than 77 years to change.

John Inverdale’s dinosaur-like witterings about Marion Bartoli fall under the banner of the first two kinds of sexism. While his comments were indeed appalling, and were inevitably echoed by the usual trollish minority on the web, it is heartening to note how swiftly and wholeheartedly they were condemned by the public and, with one notable exception, the media. This aforementioned exception is what brought his comments under the banner of the second kind of sexism.

To my mind, the most shocking aspect of the Inverdale episode is not that he dribbled such sexist diarrhoea – there will always be idiots out there – but that the BBC still allowed him to commentate on the men’s singles final the next day. Doubtless the BBC would protest that it swiftly offered a one-line apology, but what kind of deterrent is that when Inverdale – who insisted by way of his own characteristically hamfisted apology that he was mocking Bartoli “in a nice way” – was still allowed to commentate on one of the most high-profile sporting events of the year? One need only substitute the sexist nature of his comment with an equivalent racist slur to see how lightly the BBC apparently treats highly public verbal abuse of women.

Yet while Inverdale has attracted the most attention, there was another strong current of sexism that ran throughout the fortnight, one that has become an annual feature of not just Wimbledon – although it is certainly that – but any event in this country that involves high-profile men. Perhaps some day the media will be able to deal with the idea of high-profile men having girlfriends and not treat them as accessories or sad desperate harridans waiting anxiously for their wayward menfolk to marry them – but that day has not yet come.

Throughout Wimbledon, the girlfriends of the male players were gawked at and purred over, their attributes detailed as clinically as discussions of the players’ diets. No shot of Murray’s in the final, successful or otherwise, was deemed complete by the BBC without a cutaway shot to Kim Sears sitting in the stands. Whenever Murray would play, newspapers would compare all of his qualities with those of his competitors and among those qualities would be his girlfriend – whose advantages and disadvantages were listed alongside the girlfriend of her boyfriend’s opponent. Sears was deemed by more than one paper to fare especially poorly against the girlfriend of Jerzy Janowicz, who had thrillingly posed in Playboy. Despite that unarguable advantage, Janowicz still lost to Murray in the semi-final. Perhaps a woman’s overt sexiness is not actually so important? Perish the thought.

Just as the looks of male tennis players aren’t considered important by anyone, the boyfriends of the female players aren’t subjected to any of the scrutiny the girlfriends of the male players are. Possibly this is because – with Inverdale-approved exceptions – female athletes are still largely considered unfeminine and therefore their love lives are of no interest, possibly even unthinkable. Or maybe the idea of a supportive male consort sitting in the stands seems unmanly, and therefore lacking in the passive sexual appeal of a supportive woman. Or perhaps it is simply because men aren’t seen as trophy accessories in the way women still are. Probably it is a mixture of all three.

As if this wasn’t grating enough, there is also the media-coined narrative that follows these poor women around: that they are all desperate to be married while their man strains against their leash. Kate Middleton was the most high-profile recent example of this assumption and Nicole Scherzinger, the now ex-girlfriend of Lewis Hamilton, was subjected to it, too. Murray had barely dusted the Wimbledon grass off his trainers before he was being asked by several reporters, including Holly Willoughby on This Morning, whether now that he had won Wimbledon he would propose to Sears, as though one has anything to do with the other. Murray, with his typical and endearing lack of interest in sentimental media conventions, wearily replied: “I only met you 10 minutes ago so I wouldn’t be telling you if I did.” The Daily Telegraph promptly expressed pity for the “long-suffering Sears”.

These tropes – woman as accessory, woman as marriage-desperate victim – are so ingrained that they can still pass by unnoticed so easily. It is a sign of the remarkable progress over the past few decades in feminism that Inverdale’s remarks, which would have prompted hardly a blink just a few decades ago, are so reviled today, even if his employers have yet to catch up. But the way Sears – and Scherzinger, and the Duchess of Cambridge, and any other woman who is somehow affiliated to a high-profile man – is still discussed is a reminder that there remains a long way to go. – By Hadley Freeman © Guardian News and Media 2013