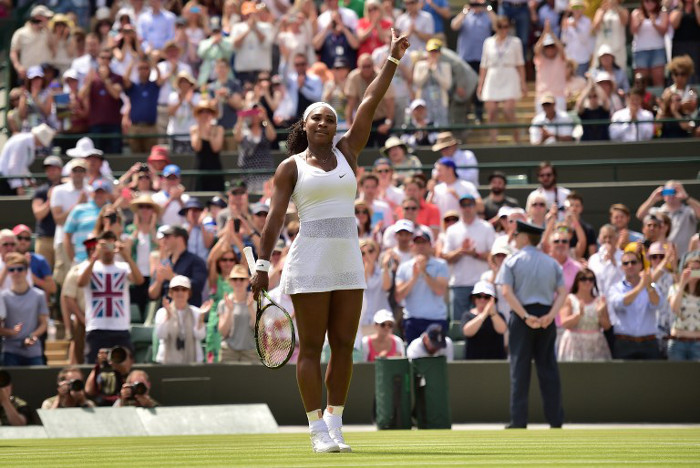 Wimbledon, for long associated with depressing rain delays, will introduce emergency playing rules for hot weather for the first time on Wednesday when temperatures are expected to reach the mid-30s.

Organisers say a heat rule, which allows for a 10-minute break between the second and third sets of women’s matches, can be called for when temperatures rise above 30.1 degrees.

However, the rule which has been adopted by Wimbledon after lobbying from the Women’s Tennis Association, does not apply to men even though they have to slug it out over the best of five sets.

The highest ever temperature at Wimbledon was recorded at 34 degrees in 1976.

Maria Sharapova, the highest earner in women’s sport and the 2004 champion at Wimbledon, said it was wrong to describe the heat index rule being invoked only for women as sexist, but admitted the men too should be allowed the same courtesy.

“I think if it’s something that they’re concerned about it, they can reevaluate,” said the Russian.

“If it does get quite hot for us, we’re able to use it, then why not?”

Women’s world number one Serena Williams, who like Sharapova is scheduled to play the second round on Wednesday, said the heat would not concern her as she regularly trains in temperatures of over 40 degrees at her Florida home.

“I don’t think I’ve ever played in 34, 35 degrees here, but I do in other countries. I just was training in Florida — it was like 42 degrees. This will be okay,” said the American, a five-time champion at Wimbledon.

Image – Serena Williams celebrates beating Russia’s Margarita Gasparyan during their women’s singles first round match on day one of the 2015 Wimbledon Championships at The All England Tennis Club in Wimbledon, southwest London, on June 29 2015. (AFP)