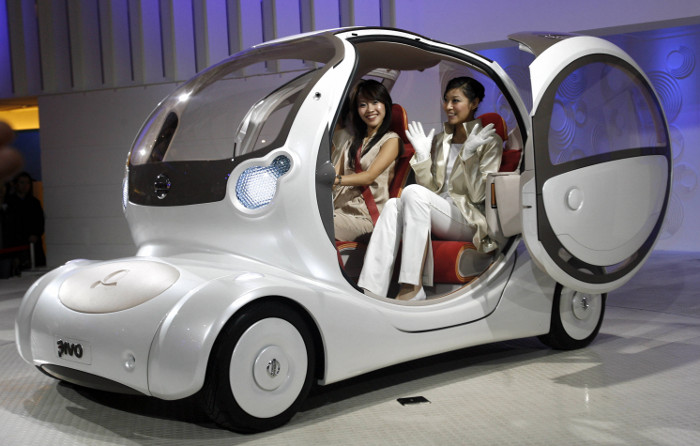 Don’t wear high heels while driving. Make sure you release the handbrake before setting off. And don’t panic if you suddenly realise you’re going the wrong way.

Those are some of the suggestions given by the Beijing police department to women drivers in a series of microblog postings that have sparked a backlash among Chinese Internet users who say the tips are sexually discriminatory.

“Some women drivers lack a sense of direction, and while driving a car, they often hesitate and are indecisive about which road they should take,” reads one of the suggestions, posted on the police department’s official microblog late Tuesday.

Women drivers, the posting continues, often discover that “when they’re driving by themselves, they’re not able to find the way to their destination, even if they’ve been there many times”.

Another posting features a cartoon depicting a confrontation between a police officer and a woman driving a vehicle shaped like a large red high-heel shoe.

It relates to a story of a woman named Liu who caused an accident and then told a police officer: “I hit the brake, but my shoe got stuck in the car!”

Another driving tip points out that “while the handbrake is typically used for stopping the car’s movement, quite a few new women drivers often hurriedly get on the road without releasing it”.

The posts appeared on the police department’s verified account, which has nearly six million followers.

Women in China are guaranteed equal rights under the law, but conservative social mores often lead to gender discrimination in workplaces, schools and in other areas of modern life.

One of the police postings cited an example of a “careless” woman driver who knocked over a pedestrian and forgot to lock her door when she went to check on the person’s condition, only to realise someone had stolen her wallet when she returned to her vehicle.

“After getting into an accident, it’s easy for women drivers to get nervous and panic,” the police posting said. “Their minds usually go blank, and it’s easy for them to let bad people exploit the opportunity.”

Web users responded with anger at what they condemned as sexual discrimination on an account maintained by the authorities.

“Surely this official microblog is planning to devote its next postings to tips for male drivers?” one user asked.

Another wrote: “All new drivers have these kinds of problems, regardless of gender — not to mention that the vast majority of accidents are caused by men.”

According to a March 2013 World Health Organisation estimate, 77 percent of all global road traffic deaths occur among men, and men under age 25 are nearly three times as likely to be killed in a car crash as women in the same age range.

Beijing police did not immediately respond to a request for comment by AFP.

Expatriates in the Chinese capital regularly lament road safety standards in the city. Many drivers of both genders appear to consider mirrors as purely ornamental, and view the turn indicator as an optional extra.

China’s driving test includes a 100-question multiple choice exam. Sample questions from the English-language version reportedly include: When pedestrians are crossing a crosswalk, the motorised vehicle should a) stop and yield b) bypass c) honk continuously and pass d) speed up in advance and pass.

One woman van driver in Beijing dismissed the police advice.

“What do you mean, women can’t drive?” she asked, jerking her head towards the back of her vehicle and laughing. “Look, I’m carrying male passengers.” – By Felicia Sonmez, AFP