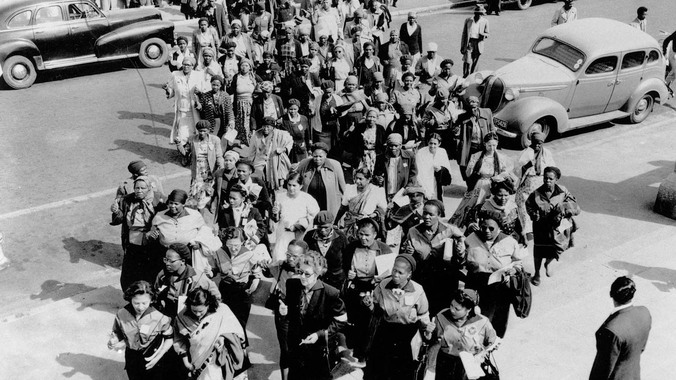 Two decades ago most South African women had no rights. They worked in menial jobs and lived their lives in the private sphere. Apartheid had disenfranchised them.  Then, in 1994, things looked up as everyone became equal, at least in theory – the new Constitution said so, after all, and of course everyone could vote.

But, for many, little has changed in the past 20 years. The space for discussion about women’s rights has become increasingly restricted to civil society because of societal and economic pressure on the state.

The hope of the time was embodied in the 1994 Women’s Charter for Effective Equality. It began: “As women, citizens of South Africa, we are here to claim our rights.”

The patriarchal order at the heart of their marginalisation “confines women to the domestic arena and reserves for men the arena where political power and authority reside”.

The charter called for a new hope: “Women want to control their lives.”

But in the streets and in homes, in public and in private, there has been scant progress. Women still have to battle every day for the rights they are supposed to enjoy. Casual sexism is rife, as is the extreme violence meted out on women’s bodies.

This is a country that seems to be at war with its women.