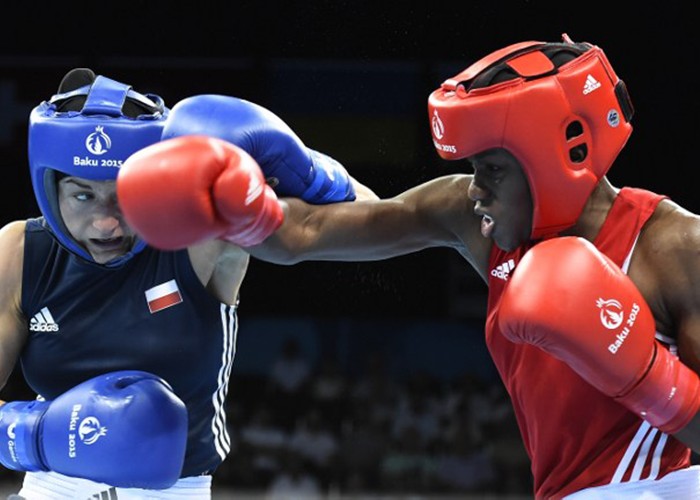 Women’s boxing made its debut at the Pacific Games, in a development hailed Wednesday as a milestone by the International Boxing Association (AIBA).

The Games, featuring athletes from around Oceania, are being staged in Papua New Guinea this year and the women’s boxing competition began in Port Moresby on Tuesday.

“This is another step forward for the development of women’s boxing in this part of the world and a historic moment for AIBA,” the association’s president Wu Ching-Kuo said in a statement.

“Women’s boxing is now taking place in every continent.”

Wu said women’s boxing had made great progress since it made its Olympic debut at the 2012 London Games.

Image – Nicola Adams (right) of Britain and Sandra Drabik of Poland compete during the final fight of the women’s fly weight (48-51kg) boxing event at the 2015 European Games in Baku. Adams won the gold medal. (AFP)