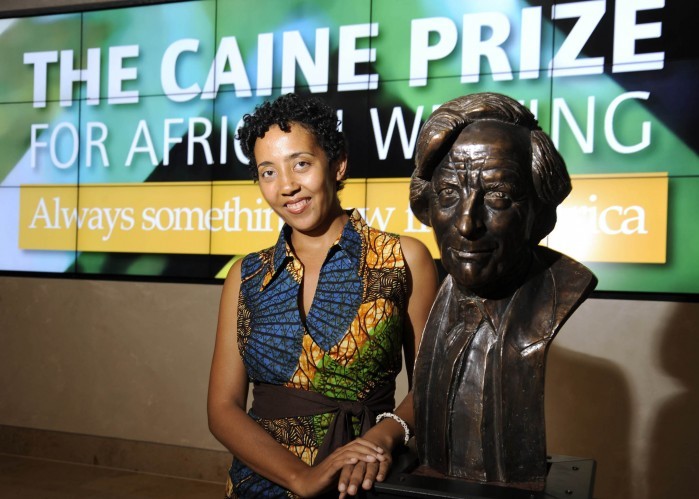 Before Zambian author Namwali Serpell was “surprisingly” selected as the winner of the 2015 Caine Prize for African Writing, she had already urged the other four shortlisted writers that the winner should split the winnings five ways.

When Serpell won for her short story The Sack, which was published in Africa 39: New Writing From South of the Sahara, her gesture in sharing her £10 000 prize money was received quite differently by each of her colleagues.

“I think people assume from the outside that it’s an act of generosity or purported kindness on my part but it was not,” she says on Skype from the United States. “It was a protest against the structure of the prize, so I made the decision on my own, having looked at the various factors and thought about what meant the most to me. And the money is not what meant the most to me. I thought the prize structure worked against the spirit of supporting and encouraging my fellow writers.”

Serpell was shortlisted alongside South African authors Masande Ntshanga (Space) and FT Kola (A Party for the Colonel) as well as Nigerians Segun Afolabi (The Folded Leaf) and Elnathan John (Flying).

She points out that, like John Berger, the 1972 Booker prizewinner who shared his prize money with the Black Panther Party, she was not seeking to reject the prize.

“A friend of mine, who is a prominent critic of African literature and writer, Aaron Brady, and [who] blogs under the name Zunguzungu, sent me a link to a speech from 1972 by John Berger. He says a lot of the same things that I feel. He says for example: ‘The competitiveness of prizes I find distasteful and in the case of this prize, the publication of the shortlist, the deliberately publicised suspense, the speculation of the writers concerned as though they were horses, the whole emphasis on winners and losers is false and out of place in the context of literature.’ So that’s exactly how I feel. And I’m not the first person to feel like this about the structure of prizes.”

Although she’d rather her craft speaks for her, there’s an insurrectionist dwelling inside Serpell. Her recent witty and combative Caine Prize Q&A session with Guardian readers best reveals this.

The Sack is her second story shortlisted for the Caine. Muzungu, her first published story, was shortlisted in 2010. The winning piece is stylistically challenging writing that forms the last chapter to a novel tentatively titled The Old Drift. Serpell believes the selection of her story speaks to the evolution of the Caine Prize.

“The point being, it’s modernist. It experiments with language. The senses and the colours in that story are very vivid. It’s not characteristic of the classic tradition of realism that the prize has tended to favour. And that’s true of many prizes, not just the Caine prize, that they have tended to prefer realist stories. They are stories that people like to read and like to buy.”

In The Sack, Serpell tells the story of two men ensnared by their love for one woman. Relationships and motifs intersect over time, but every morsel readers get they have to strive for — several times. Part of its mystery derives from it being the concluding chapter of a novel. Other aspects of its allure are drawn from Serpell’s random modus operandi.

“I write many things at the same time and I also don’t write in order. It doesn’t follow a set path, or trajectory where I’m like, ‘Okay this project is finished now. It’s time to do this project.’ So I have bits of probably four novels on my hard drive. I have unpublished stories and stories that I have started and stopped.”

Serpell says there is “a very particular feeling” she gets when she has an idea. “It often involves a period of deep boredom, where I’m not doing anything or thinking about anything. Something will come, a dream or an image or a word. It’s almost like there’s a vacuum that emerges in that space, and I usually follow the direction of that seed. But that seed will not be the first sentence of the story or the main character — it can be one of many different things.”

The Sack, for example, was inspired by a dream she had at the age of 17. The decision to write the story when she did, though, was because of a dream she had about a fish. “These things just sort of emerge very organically,” she says. “In some ways, I prefer that they remain mysterious to me because that’s what makes it interesting.”

There’s a particularly moving scene in The Sack where the fish comes to symbolise the omnipresence of fragility in the story as opposed to a mere meal that is being prepared: “The boy placed his hands on either end of the body. J slid a knife beneath the locking, unlocking gills. Blood eased over their hands. The fish bucked once, twice. Stopped. I needed your help, J smiled.”

Elsewhere, Serpell says she was resisting the theory she once heard from a fellow student that the image of the sack in contemporary African literature was a reference to the transatlantic slave trade. “I didn’t want to have an image that could only be read one way,” she told National Public Radio in the United States. “But the fact that it could invoke slavery didn’t bother me.”

Although Muzungu and The Sack are stylistically miles apart, both feel as though they emanate from a subconscious. When nine-year-old Isabella finds herself in the servants’ quarters, the darkness, punctuated by slivers of light, lends the proceedings the feeling of rummaging through the protagonist’s mind as opposed to her negotiation of physical space.

Serpell will spend the rest of the northern summer taking a break from teaching at the University of California, Berkeley, and finishing a few chapters of her new novel. She is also working on an essay about a historical figure from Zambian history.

While she’s happy to elaborate on her singular vision as a black and female writer, don’t ask her where writing on the continent is going: “In England they kept referring to us [the shortlisted Caine prize writers] as herding cats, when they were trying to get us from place to place,” she says. “I supposed it was to indicate how difficult it was to round us all up. What is the new direction of American writing? There is just so much writing coming out of these places … I will leave it to the Ben Okris of this world to make such proclamations.”

Pic: Zambian writer Namwali Serpell, who teaches at the University of California and who was recently awarded the Caine prize, says that experimental approaches to African literature are being recognised.